Having completed the preliminary art work for this commission, I set to work on Tuesday with the background colour, sky, but encountered several obstacles on the way…. That moment I began to paint, I just knew  the colour was just not right….I kept on painting a bit more, then a bit more and then stopped… I had to remix the paint and begin again….

So, day two was full-on with lots of time to make up…. creating the sea and surf, blending the shades of blue, frothing the summit of the wave with white foam…. Adding sand and the outlines of the surf-boards…. 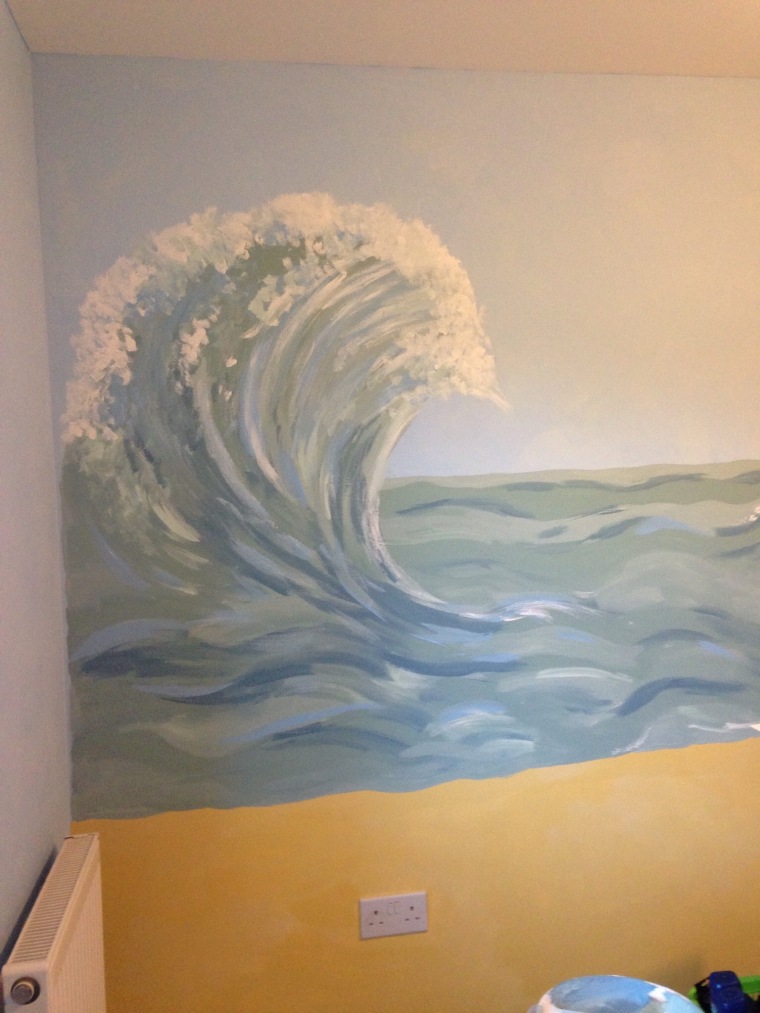 The story behind the surf boards lies with a five year old, hopelessly hooked on marvel comic characters, especially Spider-Man, but not the main theme ‘Mum’ would like for the bedroom! I dreamed up the idea of using the surf boards to encapsulate the young man’s current choice of design, then as he changes his favourite character, the surf boards can be painted over with whatever is the new first choice….

Now all that is left are the designs for the boards…… Following soon….